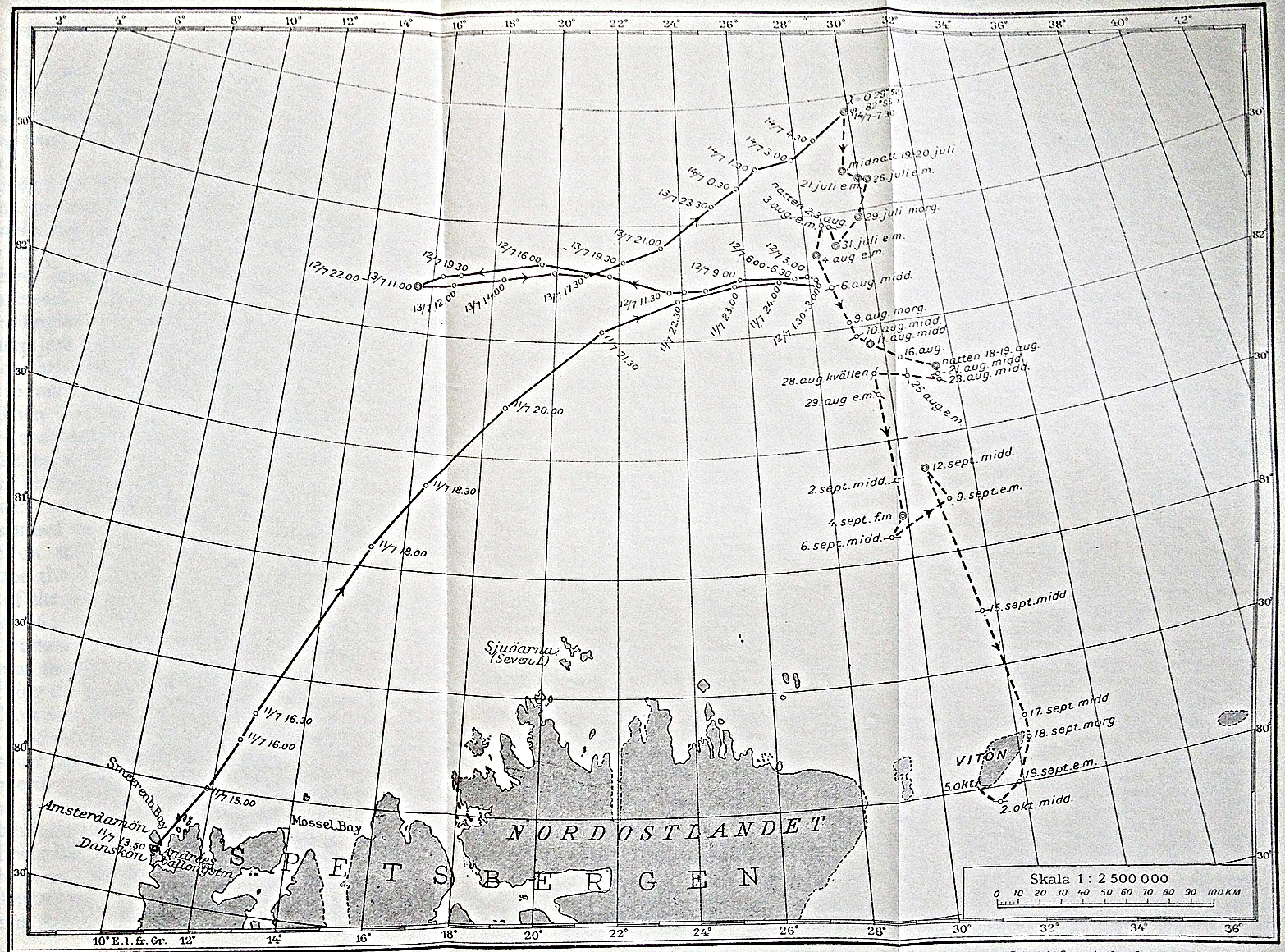 The Örnen departed from Danskøya near Spitsbergen in the Arctic July 11th 1897 and three days later the balloon was already on the ground. After walking adrift for several weeks, the three men were stranded on a small uninhabited island — Kvitøya [White Island] — where they eventually died in uncertain date of October.