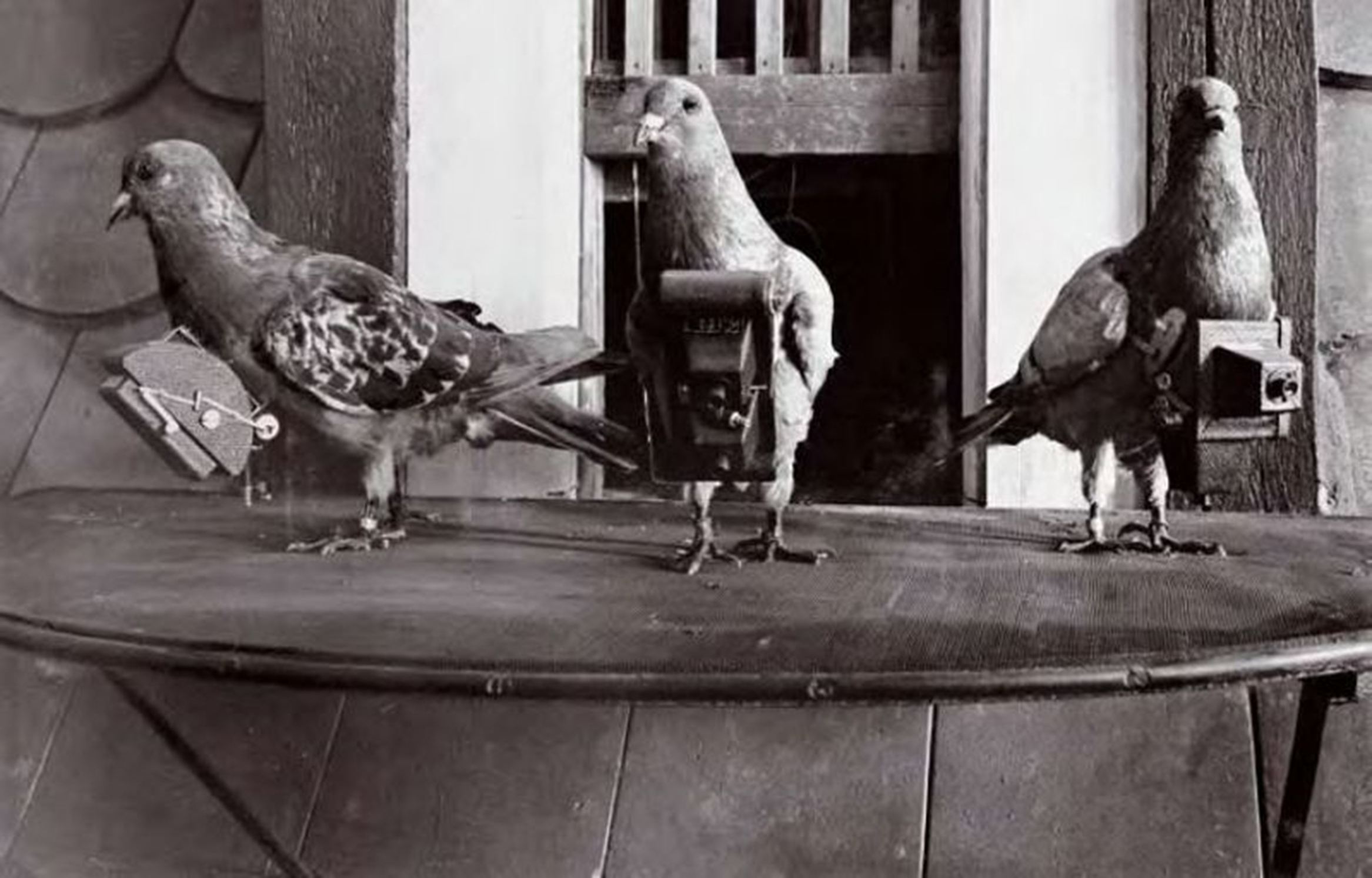 Pigeons with cameras for aerial photography, n. d.
This Panoramic Camera was created by Julius Neubronner in 1903 or later (?).
In 1908, Neubronner patented his invention, aerial photography by means of a pigeon photographer. He presented it at international expositions in Dresden, Frankfurt and Paris in 1909–1911. Spectators could watch the arrival of the camera-equipped carrier pigeons, and the photos were immediately developed and turned into postcards which could be purchased.
The invention was tried out for military air surveillance in the First World War and later, but without much success.