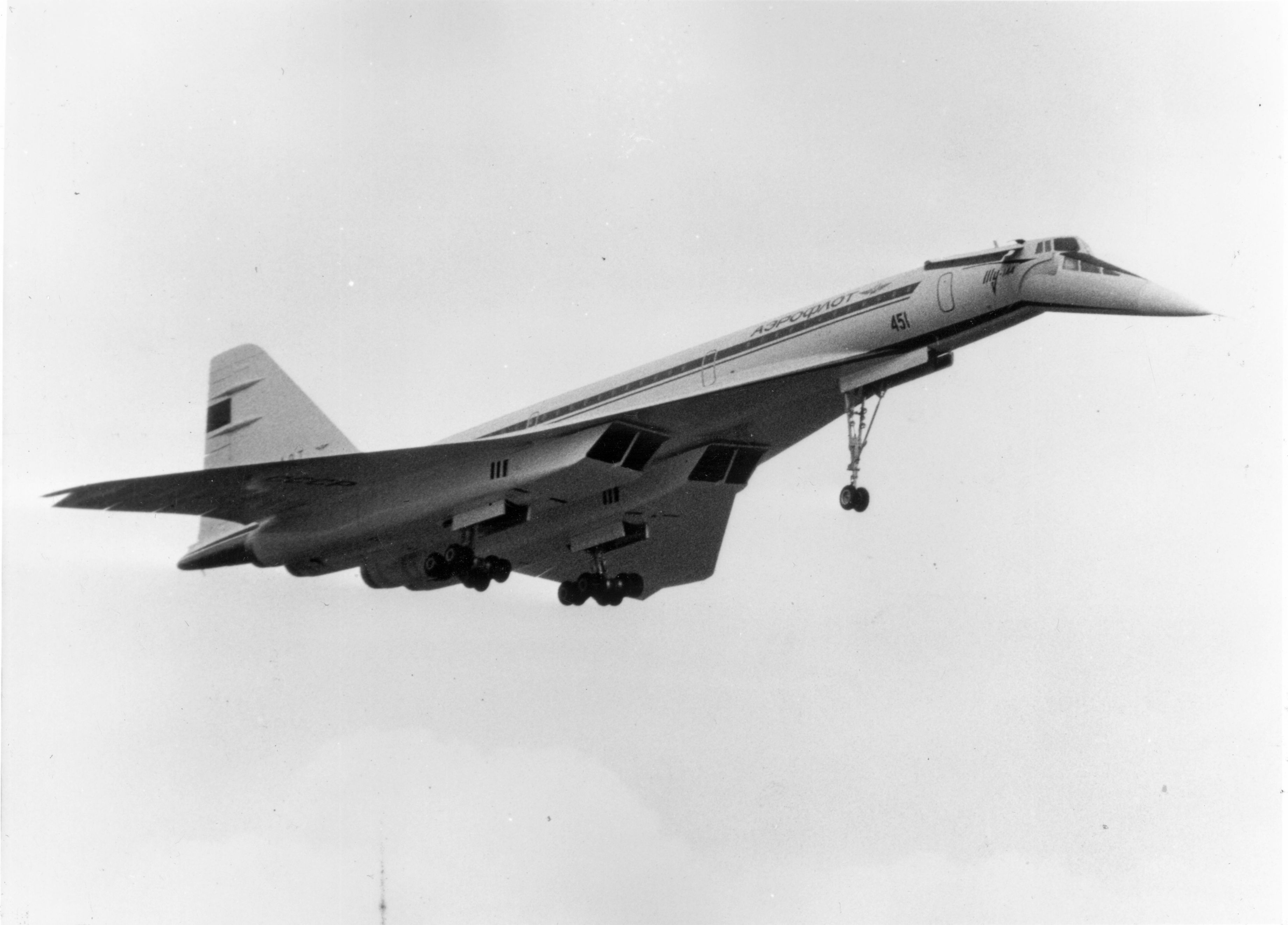 Tupolev Tu-144 was the world’s first commercial supersonic transport aircraft, premiered on 31 December 1968, just two months before the first flight of Concorde.
The aircraft was introduced into passenger service on November 1977, almost two years after Concorde. Eventually, reported issues and two crashes (1973 and 1978) permanently cancelled the passenger service after only 55 scheduled flights. The aircraft remained in use as a cargo until 1983.

[This image] 5th June 1973: The Russian TU-144 supersonic airliner aeroplane, shortly before it exploded and crashed, during a display at the Paris International Air Show. (Photo by Keystone/Getty Images)