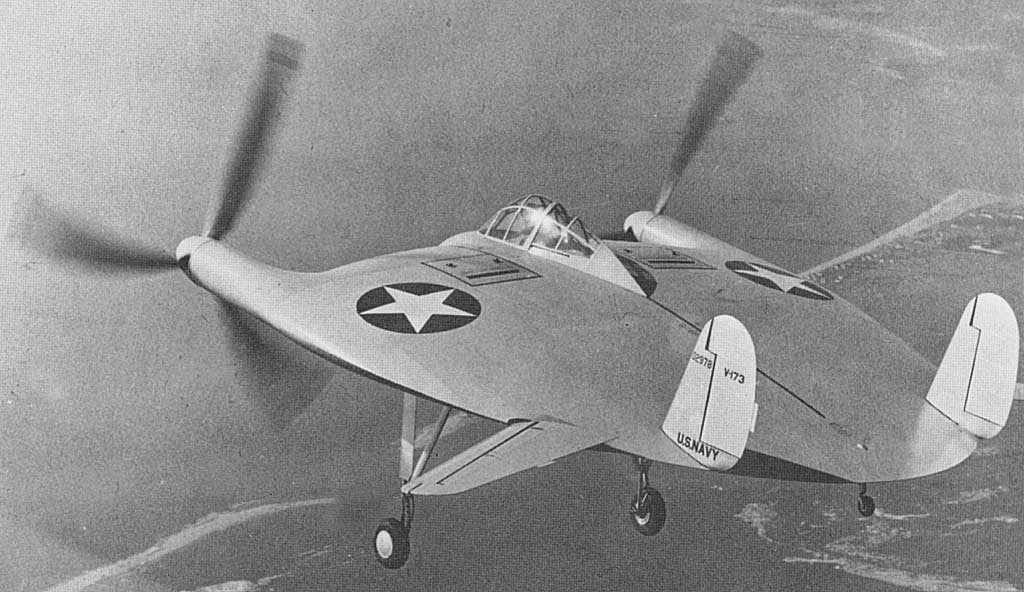 The Vought V-173, known as the “Flying Pancake”, was an experimental airplane designed by Charles H. Zimmerman during WWII, under the US Navy fighter aircraft program. This plane was later developed into the Vought XF5U “Flying Flapjack”.
The only Vought V-173 flew for the first time in 23 November 1942 and its last flight in 31 March 1947. This prototype was built of wood and canvas and featured a conventional, fully symmetrical aerofoil section.