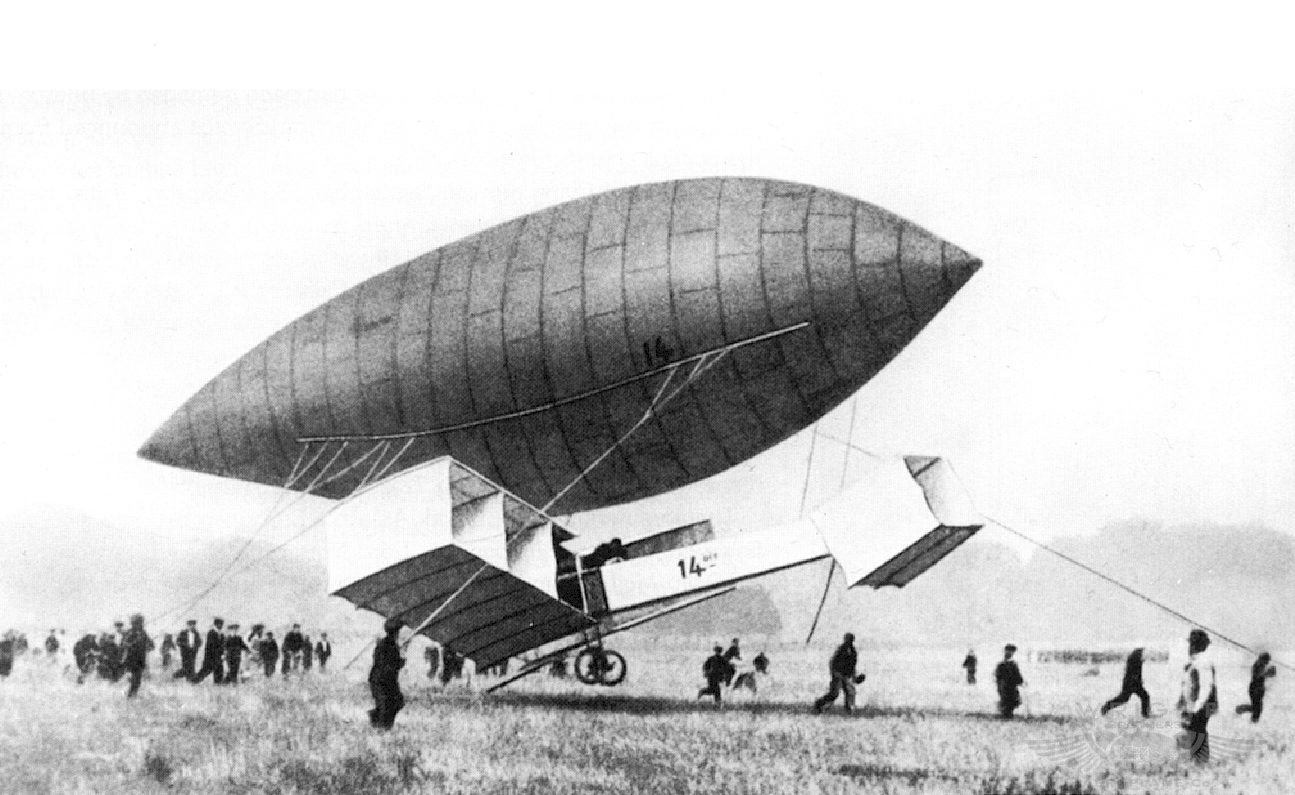 Brazilian born Alberto de Santos Dumont tests in France the controls of his first aircraft with it suspended from his No. 14 airship.
Santos Dumont called the airplane the 14-bis, since the airplane made its first appearance suspended from the belly of his No. 14 dirigible. He flew it without the dirigible on 13 September 1906, making a hop of between 7 and 13 meters. On 27 October, he managed to fly 60 meters. Then, on 12 November, he set the first aviation record in Europe, flying 220 meters in 21-1/2 seconds.